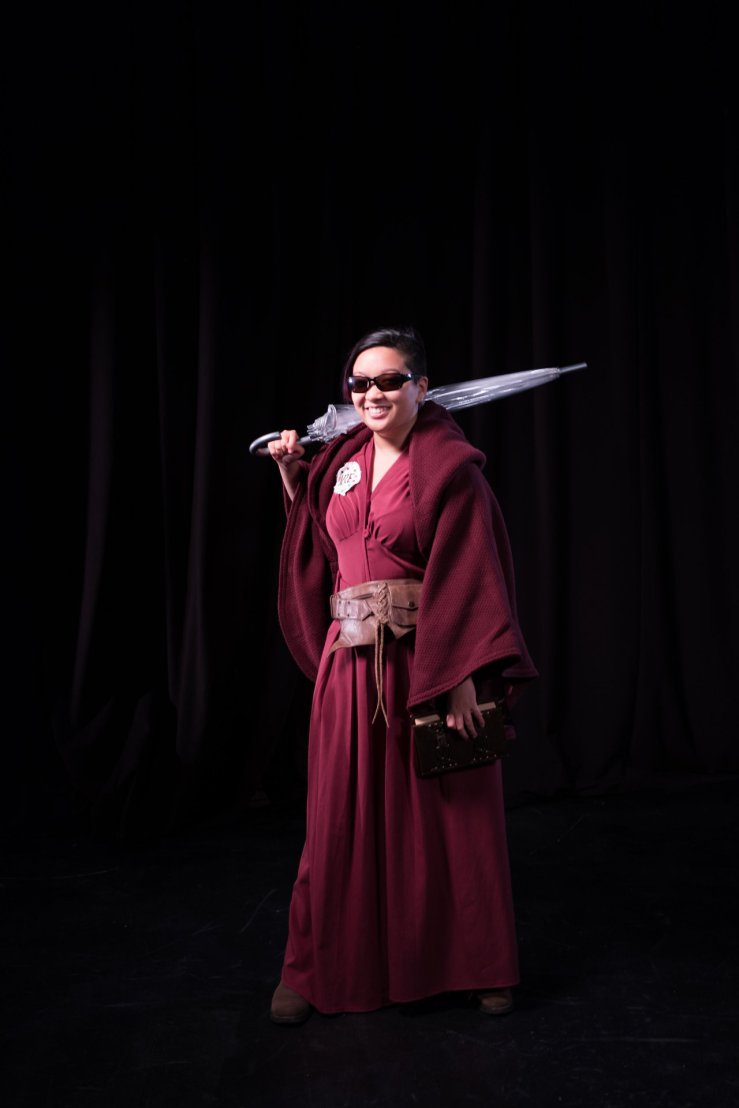 Sneak peeks of my cosplay for the photoshoot of The Geek Show 2: BindleCon

Whipped this out real quick for a photoshoot. Although, for embroidery, “real quick” means like… six hours.

Also, like a dumbass, I fucked up the border so the final product is nowhere neat as this. But it was still fun despite the desperation and sleep deprivation involved.

When I’m less pressed for time I might try this again?

(The Adventure Zone is amazing! If you haven’t heard it yet, go check it out here!)

A/N: When I was younger, I actually made a deck of tarot cards for myself (major arcana and the royalty of the suits only) and did readings for other people during one particularly lucrative Halloween dance.

I have not entirely grown out of that obsession–I almost made an angry rant about the DA:I tarot and how they didn’t match the right artwork/characters with the correct cards, but alas, I got halfway through and my anger couldn’t sustain itself–this is done with far more love and much less frustrated cursing.

For the most part I tried to keep it semi chronological (as the listeners experience it, that is) but certain characters matched certain cards too well for me to adhere to that strictly though I am up for suggestions of alternate designations if anyone is interested.

For some cards (the ones that aren’t actually people) the characters I listed would be more who I’d put on the artwork, were I to draw, and not necessarily the embodiment of the idea.