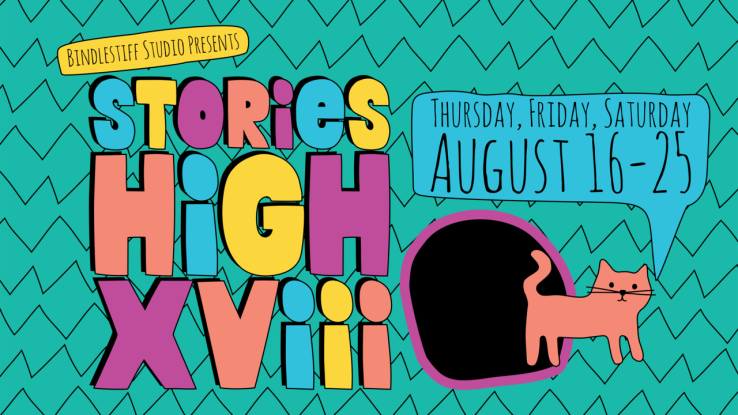 But, also, this is what I’m acting in! If you’re in the area, check it out here

First night is tomorrow–or, technically, tonight! Come out, come out, if you can 😀

(I’ll be real, here. Under a cut and in parentheses and italicized, because I want to express myself but I don’t want it to be the main thing, you know?

These past few weeks, I haven’t been my best, mentally. I’m sure some of you might have figured out my tendency for reverse seasonal depression–or overstimulation leading to depression during the warmer, brighter months instead of the usual–and I thought this year I had managed to avoid the most of it. But most likely that was more of a postponement due to being part of The Geek Show and gaining friends and getting more involved with the Bindlestiff community.

It caught up to me in the tail end of July and hit me hard these past few weeks.

But yesterday I managed to have a breakthrough of sorts. In part because I was able to FINALLY clean my room–which does help, more than you’d think–but mostly because I think I realized I was trying so hard to be okay instead of just letting myself not be okay. There are some things I can’t fix, but if I can make the slightest efforts towards the things I can, it helps.

My daily post has long since ceased to be a habit, broken and unlikely to come back anytime soon. But even if I can’t churn out the same amount of creative content as I used to, I hope I will continue to improve in quality–whether that be here or in my real life endeavors.

If you’ve read this far–thank you for your understanding and support. I know I would be so much worse off were it not for this blog and the feedback and interactions I’ve had with all of you, and a lot of my progress and improvement is founded on the courage and inspiration I draw from here.

View all posts by jacksgreyson